Bits and Pieces of Finland

Bits and Pieces of Finland

Lets take a vast group of talented innovative people, a beautiful well preserved nature, high-quality education, a multiparty system and sauna. Then we place them in a bowl and mix well. What do we get?  Finland as it is today! 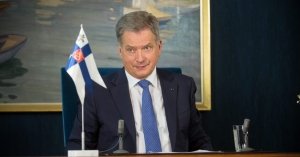 Since Finland declared independence in 1917, there’s been 12 presidents. Today, the latest one, Sauli Niinistö, starts his second 6-year term as the leader of Finland’s foreign policy with the Council of State. Earlier it was possible for a person to be elected as the president multiple times. Although, these days one can only have two terms and serve 12 years as the nation’s leader.

Who is Sauli Niinistö?

Sauli Niinistö is a family man. His wife Jenni Haukio is an author and becoming a mother for the first time in her life: she is due in February 2018. The presidential couple also has a dog, Lennu. He is a Boston Terrier. 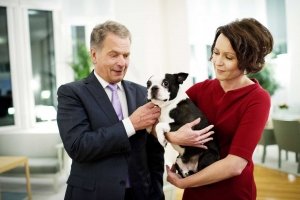 Sauli Niinistö is quite popular and well liked among the people of Finland. He is calm, assertive, and very much down-to-earth. It takes quite some skill to maneuver a small country like Finland in the sea of world politics among bigger countries.

And before President Niinistö…

Sauli Niinistö‘s predecessor was the first female president of Finland, Tarja Halonen. She also served as the President for two terms and her popularity was obvious, since she was given a nickname after very famous author’s fairytale character: Moominmamma! 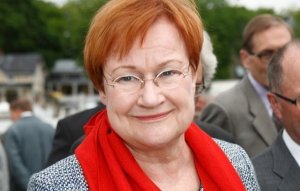 Winner of the Nobel Prize

Before Tarja Halonen, the President of Finland was Martti Ahtisaari. The most visible part of his presidency was the several trips he took to various countries as an attempt to bring diplomacy to foreign countries. His work was successful for Finland is these days known to the world as a small, peace loving nation with lots and lots to give to the world. This can be seen in the various Finnish products and designs that are remarkably familiar all over the world. Martti Ahtisaari was the first Finn to receive Nobel peace prize. He has also received the UNESCO Peace Price and there’s a street in Namibia named after him. 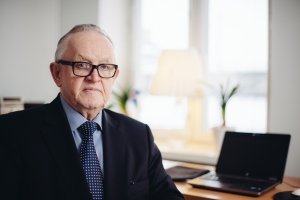 These three presidents were all elected by direct folk election. Which means that all suffrage, Finnish citizens were able to vote for the president directly, without any special band of electors. This was the way all the 9 presidents before them were elected.

For a small country like Finland and with language that is gibberish to everyone but the 5 Million people living in the country, it is vital to have good relations to other countries, the near and the far. It is good to have a president that sees the importance of both politics and trade. Otherwise those thousands of incredible innovations and designs would only be known by those who live in Finland.